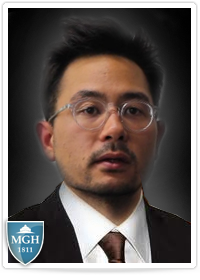 Background: John's career in medical simulation began while studying Industrial Design at the Rhode Island School of Design. As a member of a team assembled to help with early concept development of the COMETS casualty simulator, John's talents were noticed by the SimGroup. He joined CIMIT full-time in 2007 and has been working as a designer in an ever-increasing role across all of the group's projects. His primary contributions within the SimGroup include:

While at RISD, John was selected to participate in a Nokia-sponsored project in collaboration the MIT Sloan School of Business. He traveled to Finland numerous times to present his work to Nokia's upper management. John received the Seth Stem award for outstanding work in furniture design. Prior to joining the SimGroup, he worked as a freelance designer for an array of clients including Herman Miller, Macy's, Samsonite, Adobe, and LG electronics. He is an avid fold-up cyclist and has been teaching himself the art of making fine leather shoes.